ISEP contributed to a publication of Friedrich Ebert Stiftung – “Renewable Energy Policies and the Energy Transition in Japan“.

Dr. Hironao Matsubara, chief researcher at ISEP, served as the author and reported the progress and the challenges of Japan’s renewable energy policy and energy transition. 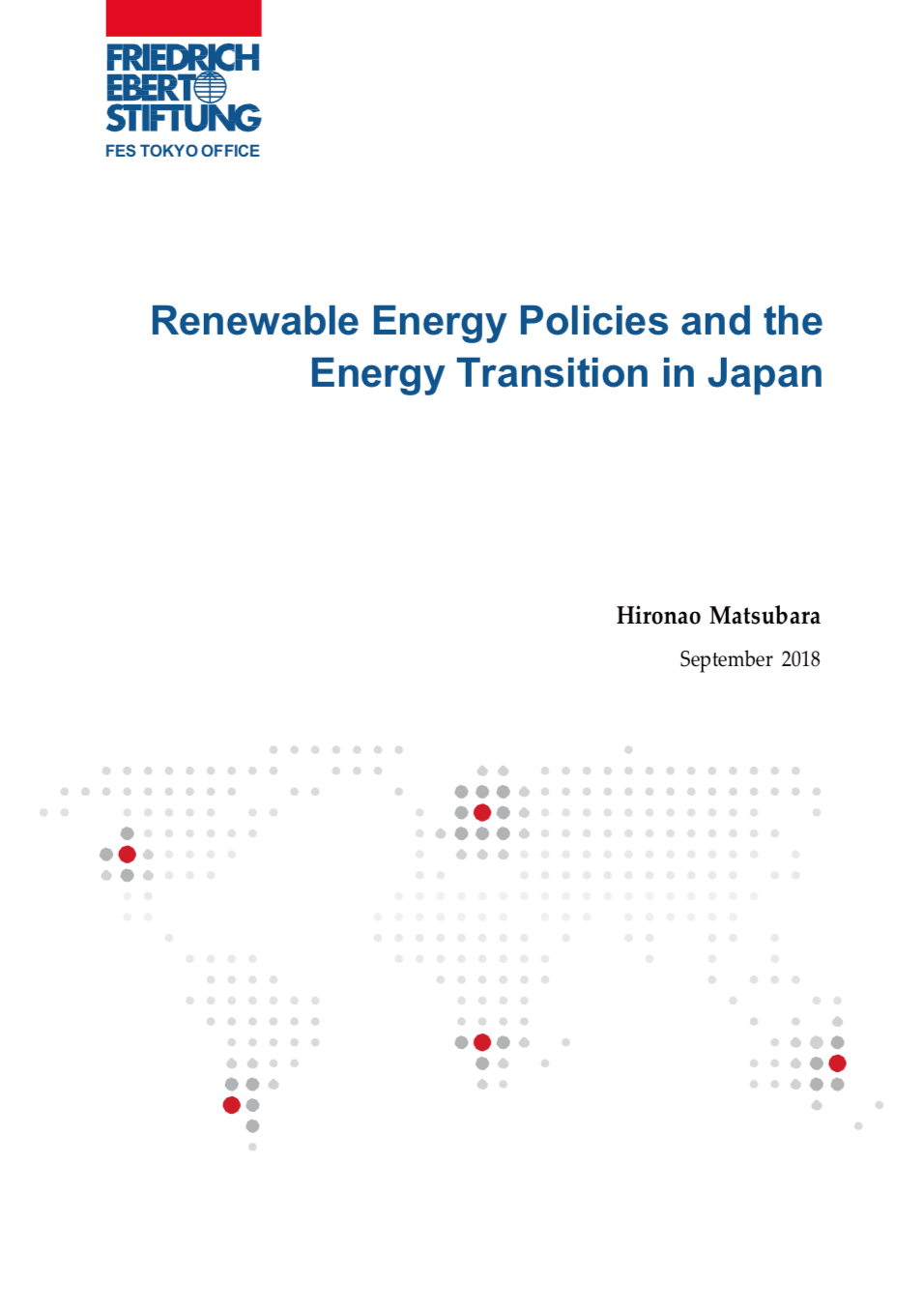 The Fukushima nuclear accident occurred in March 2011 led to a fundamental revision of the Japanese governments energy policies. Countermeasures taken against climate change in Japan historically depended on nuclear power plants as nuclear energy has been viewed positively by most of the society prior to the Fukushima nuclear accident. After the accident, the share of nuclear energy dropped to zero at once. Nevertheless, GHG emissions have been decreasing because of renewable energy development and energy saving measures.

This report outlines Japans renewable energy policy and the state of the energy transition in the country. It includes current prospects for climate change policy and the status of electrical power systems including nuclear power issues, status sand support policy of renewable energy as well as social issues and political feasibility. Furthermore, long-term vision and scenarios for promoting an energy transition are discussed, including community power and credit systems. Finally, policy recommendations are proposed for promoting energy transition in Japan.