”The social mission of ISEP is to work towards changing Japan into a sustainable energy society, while simultaneously urging more rapid development of renewable energy. 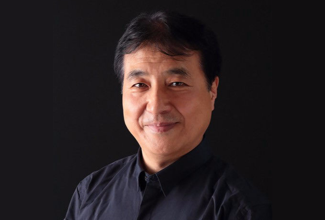 After 3.11: Aiming for the Fourth Revolution

Fukushima Daiichi nuclear accident triggered by the Great East Japan Earthquake, will remain as one of the worst disasters in world history. This disaster will be remembered as a third major turning point in Japanese history after the Meiji Restoration and the end of the Pacific War.

With nuclear power, there is always a risk that a large disaster on the scale of Fukushima will occur, another risk associated with nuclear power is the semi permanent nuclear waste it produces. These are two basic risks that cannot be avoided.  Many people now clearly see that supporting nuclear power, as a means to prevent global warming, is nothing more than a deep indiscretion. Without nuclear power, for a short time we cannot avoid relying on natural gas, coal, and oil for our energy supply. However, there is always the fear that a jump in fossil fuel price will directly affect our lifestyle and economy. When all is said and done on top of the economic challenges to utilizing fossil fuels, humans must also confront the huge environmental risk of global warming.

The combined earthquake and nuclear power plant disaster of 311 was an extremely tragic calamity that not only left great liabilities for future generations, but also left a historical legacy. Isn’t now the time for us to start, one by one, preparing and mobilizing for the 21st century green energy revolution?

The social mission of the Institute for Sustainable Energy Policies (ISEP) is to work towards changing Japan into a sustainable energy society, while simultaneously urging more rapid development of renewable energy. For that reason without remaining focused on overly theoretical research, our organization will design strictly realistic and implementable policy. Further, along with implementing a new societal direction, ISEP will be open platform for social innovation in order to enhance social entrepreneurship and social finance.

From now on ISEP intends to act as a societally revolutionary and open platform. In response to environmental crisis, our organization will promote a society that creates future forms of energy. We at ISEP are anticipating everyone’s participation and support for our organization.